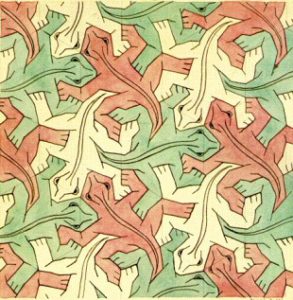 The English writing system is very complex. So complex that if it’s approached visually, it’s no wonder people, even many professors, get into a terrible tangle.

If, on the other hand, we start from what every child growing up with English as their L1 learns without having to be taught – the sounds of their own language – then things are far less complicated.

Of course, the fact that all children ‘know’ the sounds of their own language doesn’t mean they are consciously aware of them, but it’s the sounds of the language that give us a starting point for the effective teaching of literacy. As Peter T. Daniels and William Bright confirm in their book The World’s Writing Systems, writing was invented to represent sounds, and this is true for all languages. Well constructed phonics teaching quickly makes young children aware that all words are comprised of sounds and that all sounds have been assigned spellings.

There are only a limited number of sounds in English: forty-four or forty-five, depending on accent. This finite number of sounds gives us a stable base on which to ground our teaching and is very different from starting with a seemingly almost endless combination of letters making up the spellings of those forty-four or so sounds.

Knowing the logic of the sound-spelling system immediately opens up for us a way in which to teach it successfully. If now our starting point is with sounds and we assert that sounds are represented by spellings from left to right across the page, we have a different kind of logic.

Let’s take that last clause: ‘…we have a different kind of logic.’

You may well object that some sounds are represented by spellings with three letters, such as the spelling of /ie/ in l igh t, and some by spellings with four letters, such as the spelling of /ae/ in ‘w eigh t’. And I would be the first to agree. Understanding the logic of the code involves being made aware of the fact that we can indeed spell sounds with one, two, three or four letters.

This may sound problematical but, although it looks a bit thorny, it’s really quite easy to teach – as long as we start with the simple one-to-ones sound-spelling correspondences, move forward to tackling the two-letter spellings ([ff], [ll], [ss] and [zz] in simple CVC words, such as ‘huff’, ‘hill’, ‘miss’ and ‘buzz’), before moving on to three- and four-letter spellings. The latter two are easy once the logic has been established.

If we then take on the greater complexities of the alphabet code and we’ve taught the skills necessary to access it, we have a firm foundation for building a clear understanding of the writing system and for learning to read and write any word in the English language. Unfortunately, without such a clear understanding, people quickly get bogged down in what appears at first sight to be a quagmire of alphabetic chaos.

The next two ingredients of alphabetical logic are that, in English:

Both of these concepts cause people to believe that there must be a set of rules which children can learn. Sadly, no-one knows what the rules are and, if there’s one thing I’ve learned in all my years of teaching, it’s that most children can’t learn and apply even the simplest of rules.

If, as someone tweeted recently, children are presented with words, such as ‘enough’, ‘cough’, ‘bough’ and ‘through’, visually, they have only their visual memory to try and make sense of them. Alternatively, if ‘enough’ and words, such as, ‘cousin’, ‘trouble’, ‘touch’, ‘tough’, ‘rough’ and ‘young’ are presented as spellings of the sound /u/ along with words, such as ‘crunch’, ‘hutch’, ‘much’, ‘mother’, ‘money’, ‘son’, ‘such’, we now have a schema on which to build for learning different ways of spelling the sound /u/: [ou], [o] and [u]. In other words, the spellings are tied to the sounds of the language, which, as I have pointed out, we learn naturally. [And, yes, in words, such as ‘rough’ and ‘tough’, [gh] is a spelling alternative for /f/ at the ends of some words. We would also teach the /o/ in ‘cough’ as an unusual – infrequently encountered – spelling of /o/.]

In that same tweet, we also see the words ‘bough’ and ‘through’. In the first, [ough] represents the sound /ow/; in ‘through’, it’s /oo/. If we teach children different ways of spellings sounds, by the time we’ve taught /ow/ spellings and /oo/ spellings, children simply try the alternatives to see what makes sense in the context of a sentence. Fluent readers cope with this aspect of the code with ease – unless, of course, they visit a place whose name can be read in more than one way: is ‘Broughton’ /b/ /r/ /or/ /t/ /schwa/ /n/, or is it /b/ /r/ /ow/ /t/ /schwa/ n/. Well, within ten or so miles of Northampton, it can be either, as there are two places, in each of which the name is pronounced differently.

Although we all learn to speak and listen without having to go to school, we do not, as the critics of high quality phonics teaching pretend, learn how our writing system works without careful, structured teaching. It’s precisely this kind of detail which the anti-phonics lobby doesn’t understand and prefers to elide.