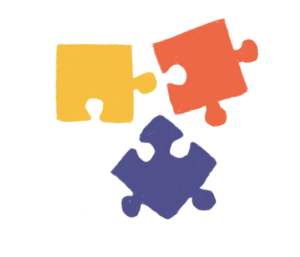 One of the most common problems I’m asked to address is that of ‘blending’. “What can I do,” ask teachers, “when two or three of my students don’t seem to be able to ‘get’ it?”

Blending is the ability to push sounds together to make recognisable words and, in young children learning to read and spell from the beginning of their schooling and in children who have fallen behind, performance is often variable. That is to say that what they can do one day, they may not be able to do on another – sometimes a case of three steps forward and two back, making initial progress very slow. Usually, the answer to this is lots and lots of practice. Once they understand what the ‘game’ is, progress often moves forward in leaps and bounds. Having said this, the practice they’re given must be of the right kind.

In cases where students are having trouble blending, here’s a quick checklist of what to try:

• Are you using words that begin with continuants? If you’re not sure what continuants are, they are the sounds which are easy to stretch out or extend. For example, the sounds /f/, /l/, /m/, /n/, /r/, /s/, /v/, /w/ and /z/ are all sounds we can ‘hang on to’ so that we can give the student we are teaching plenty of opportunity to hear and identify the sound. If you stretch out the sounds in ‘sit’ or ‘mat’, for example, you can easily hear what the word is: /s/ /i/ /t/, ‘sit’. And that word ‘hear’ is indeed the operative word. One of the most powerful instructions I use is to tell the learner to ‘listen’ to what they hear and that if they say the sounds in a word accurately, they should easily be able to hear what the word is.

• If a student trying to read the word ‘mat’, says the sounds /m/ /a/ /t/ and then looks blankly at you or says another word not remotely connected to the word ‘mat’, you can use your gestures with your finger or, better, a chopstick by pointing to the spelling < m > and asking the student to say the sound until your finger moves on: ‘mmmmaaaaat’, ‘mmaaat’, ‘mat’’, for example? And, if you like, you can reverse this by asking the student to use their finger to make you say the sounds – a particularly enjoyable activity for the student! Get them to point, lingering over the sounds as you have to say them. Then ask the student what word they can hear. They actually love doing this because it gives them a bit of power of their own. If you try this, you’ll have to remember to take a deep breath!

• Have you modelled what it is you want the student to do? Sometimes students just don’t understand what the ‘game’ is and you need to model or show them explicitly what you expect them to do. Doing this with a peer or even an available adult is useful for modelling what it is we expect (See below for what to do in extreme cases).

• Do you do lots of oral blending?: For example, you can ask the student, “What’s the word when I say /m/ /u/ /g/?” And increase the complexity by moving from beginning continuant CVC words, such as ‘sat’ to words starting with a stop sound (obstruent), such as ‘tap’. Then, continue to increase the degree of structural complexity to CVCC and CCVC. Here again, it helps to begin with words the student is going to find easy to hear. For example, words such as ‘film’, ‘slim’, and, at CCVCC level, ‘frost’ are going to be easy to stretch out and hear.

• Have you tried doing other things, such as putting down in front of the student three objects, all of which are spelt with CVC spellings. For example, you could choose ‘mug’, ‘hat’ and ‘pin’. Tell the student you are going to say some sounds and you want them to identify the object from the sounds. You will of course need to say the sounds precisely and without adding an /uh/ sound to the consonants. In the word ‘mug’, you would articulate the first sound as /m/ and not as ‘muh’.

• Have you got the student’s parent or carer to practise the same activities at home until they are coming out of the student’s ears (and mouth!)? For many parents/carers it doesn’t take long to model the activity for them, though if you’re sending words home, you will need to be careful about the words you send. Asking a parent to choose can lead to disaster! And, make doubly sure that the parent is working with sounds and not with letter names.

A point that’s worth making is this: If students can talk, they can blend sounds to form words. If they can’t blend when they’re learning to read, it’s probably because, for one reason or another, they need much more practice in connecting spellings to sounds. So ask yourself if you have provided sufficient practice in teaching the correspondences and in the context of CVC words to begin with. [I’m not kidding but I do see teachers working with students on CVCC/CCVC words when they haven’t provided the practice needed at CVC level.]

As I’ve said, if a student has learnt to talk, they have, at some point in their early childhood, been able to put sounds together to form words. I think that many students who have blending problems simply don’t ‘get’ what the game is. I also think that the instruction ‘listen for the word’ is key in helping them understand what the process is all about.

Once I’ve got the student blending words beginning with continuants, using the process described, I give them loads of practice before I move on to words beginning with a stop sound. Finally, having got the student to read the words, I always make sure they write them by saying the sounds as they write and end the process by saying the sounds (again) and reading the word.