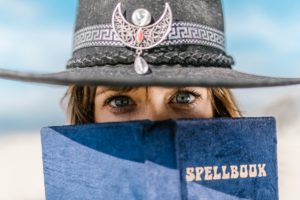 Well, how do you teach spelling? And, what do you do when the DfE gives you an apparently random list of statutory spellings for you to teach? Well, you teach them, I guess! What else are you supposed to do?

But how exactly do you go about teaching your students to spell words like ‘height’, ‘different’ and ‘imagine’ (included in Years 3 to 4 list)? Do you ask your students to write out each one ten times? Do you break words into their separate syllables? Are you even sure how to split words into syllables yourself? The evidence from our courses seems to be that a good number of teachers are very insecure when it comes to knowing what to do about spelling, especially in KS2 and KS3.

Let’s analyse these three words, although what I really want is to drive home the fact that the difficulties students have with the spellings are merely the tip of the iceberg and the problem goes very much deeper.

All the above gives a hint that teaching a random list of words is utterly crazy for both students and teachers. For teachers in Years 3 to 6 who are unlikely to have had any phonics training, these words are almost certainly going to leave them with a very serious headache when it comes to teaching them.

Let me explain the problem.

There is no magic wand when it comes to teaching spelling or reading. It’s a long hard road for most students and anyone who thinks that it can be taught piecemeal – statutory spelling lists – is making a big mistake. This is because English orthography is complex and it takes a long time to learn it successfully, which is why we insist that laying solid foundations over the first three to four years is essential. As Stanovich says, “The combination of lack of practice, deficient decoding skills, and difficult materials results in unrewarding early reading experiences and that lead to less involvement in reading-related activities…Slow capacity draining word-recognition processes require cognitive resources that should be allocated to higher-level processes.”* If that’s what it’s like for beginning readers, how much harder and how much more dispiriting is it for older learners?

However hard the task, we have a recipe.

The essential ingredients in our brew are:

[Here’s my reprise of the four concepts, which you can skip if you’re already familiar with them.

The four elements of conceptual understanding are:

Teaching multiple ways to spell the forty-four sounds in English takes time, practice and patience. It’s obviously complicated stuff, though it’s made very much less complicated if we start by recognising the fact that there are only forty-four or so sounds in the language and that all children growing up speaking English learn these sounds from even before they leave the womb (biologically primary knowledge). The forty-four or so sounds – some accents of English have forty-five – provide us with a solid base from which to begin teaching reading and spelling (biologically secondary knowledge).

Beginning with the most simple, CVC-structured words and moving with lots of practice to the very more complex, building in the teaching of morphology and etymology as we go, takes us effortlessly by Years 5 and 6 to the very most complex polysyllabic words. And when reaching those ‘heights’,  ‘imagine‘ how ‘different’ reading and spelling could be in KS2 and beyond!

Thanks to: Photo by RODNAE Productions from Pexels

3 thoughts on “How to teach spelling… the story continues”