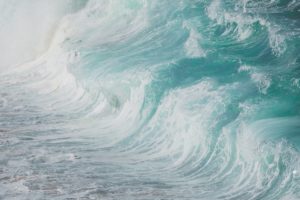 After my last post, ‘How to teach spelling…’, let’s look at the detail of what students from Year 2  and above need to know in terms of phonic knowledge.

We’re working with a large MAT introducing Sounds-Write in their secondary schools and so I’ve been looking in detail at some of the texts students will be having to deal with.

The following extract is taken from Mallory Blackman’s Dangerous Reality.

This is how it appears to students reading it, although I’ve changed the font type and size:

“I turned to see them all come charging in my direction.  It was like a herd of rhinos or elephants stampeding towards you, or a tsunami rushing up to sweep you away. I ran. I couldn’t help it. Matt had a look of pure and utter hatred on his face and I knew I was in for a pounding. I had no idea why – and I didn’t want to wait and find out either. But my leg started hurting and I was only three quarters of the way to the school entrance before I was surrounded. The next moment I was practically swept off my feet and pushed against the nearest wall. And they all stood – Matt, Robert, Terry, Alana, and Lawrence “Don’t call me Larry!”).

I frowned at him but didn’t speak.

“What’re you talking about?”

My shoulder got thumped. “You threw that plant through my window, didn’t you?” Spit flew out of Matt’s mouth and splashed my cheek. But I didn’t wipe it away. I was too busy staring at Matt, trying to figure out what he was saying. What plant through his window?”

What I’ve done with the text is separate each word into its constituent sound-spelling correspondences. There are one or two you might want to code differently, such as ‘tsunami’, which many people now pronounce as ‘sunami’. I’ll give you a moment to take it in.

The various readability scales put the level of difficulty at between Grade 3 and Grade 6 (USA grading system and for students between nine and eleven years.), though this tells you very little about the amount of code knowledge required to read it; nor does it tell you the skills that are needed to be mastered before a student can use the code knowledge they have. What readability scales are more likely to measure are sentence length, embedded defining and non-defining relative clauses and vocabulary difficulty.

The student will also have to contend with is the idea that many spellings represent more than one sound. Here are a few examples in the text:

There’s also the spelling < a > in the word ‘call’, which represents the sound /or/ and, immediately after, in the word ‘Larry’, it’s /a/.

Then, there are words like ‘practically’, a four-syllable word: ‘prac’ ‘ti’ ‘ca’ ‘lly’ but often spoken as a three-syllable word (‘practicly’).

However, what is most likely to cause a student to come crashing to a halt are the large number of adjacent consonants, ‘stampeding’, ‘sweep’, ‘started’, ‘three’, ‘school’, ‘stood’, ‘frowned’, ‘speak, ‘plant’, ‘spit’, ‘flew’, ‘splashed’.., any one of which could cause the student to stumble and have to retrace their steps, often with significant loss of meaning.

All of the above is likely to present a very confusing picture to someone who finds reading and spelling laborious, even to the extent that they come to believe it doesn’t make sense – with the result that they give up. This is especially likely to be the case with secondary school students who might have struggled with this for years.

Okay! So, these are some of the problems and what you see in the Blackman text is nothing in comparison with what you will see in domain-specific texts in history, geography, biology and so on. To quote Stanovich again, ‘…reading for meaning is hindered, unrewarding reading experiences multiply, and practice is avoided or merely tolerated with real cognitive involvement. The downward spiral continues – and has further consequences.’

Those ‘further consequences’ arrive in spades from the moment the student comes head to head with the secondary curriculum.

So, where do we take it from here? I’ll tell you in my next blog post next week!

Photo by Jess Loiterton from Pexels

2 thoughts on “Reading… the tsunami”