In the series A History of the World in 100 Objects, Neil MacGregor, director of the British Museum, asks us to imagine a world without writing. ‘It is,’ he says, ‘inconceivable because our modern life and above all our modern government is based almost entirely on writing.’ He claims that ‘of all of mankind’s great advances, the development of writing is surely the giant… [Y]ou can say that it’s had more impact on the evolution of human society than any other invention.’
In the programme, MacGregor asks where, when and how writing began and he takes a simple clay tablet produced from a Mesopotamian city as ‘one of the earliest examples of writing that we know’.
MacGregor’s contention is that writing developed out of the challenge faced by the rulers of the new cities that were springing up around five to six thousand years ago and he posits that, in order to rule large numbers of people, one would need to ‘write things down’.
As MacGregor points out, the crucible for writing was not literature or poetry, which would have been committed to memory and sung or recited; rather, writing was about record-keeping: ‘money, laws, trade, employment’. ‘The accountants get there before the poets,’ as he puts it.
The tablet in question, ironically enough, is about the same size as a computer mouse and comes from the city of Uruk, which lay between the modern cities of Baghdad and Basra in Iraq, and it depicts beer. In an age where money was yet to be designed, it seems that beer was at least one of the currencies of exchange! 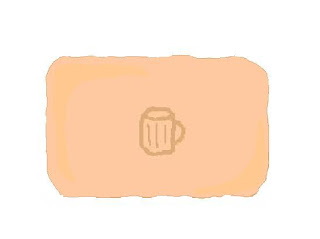 What MacGregor is examining on the clay tablet is a pictograph, which, as he quite rightly says, is not ‘writing in the strict sense [but] more a kind of mnemonic, a repertoire of signs that can be used to carry complex messages. The crucial breakthrough to real writing came when it was first understood that a graphic symbol … could be used to refer not just to the thing it showed but what the word for the thing sounded like. At this point, writing became phonetic and then all kinds of new communication became possible.’
He goes on to speculate that ‘when writing in this full sense was taking off, life as a pioneer scribe must have been very exciting. The creation of new sound signs was probably quite a fast-moving process and, as they developed, the signs would have to be listed – the earliest dictionaries, if you like – beginning an intellectual process of categorising things and relationships that has never stopped since.’
According to John Searle, a professor of philosophy who was also speaking on the programme, ‘writing isn’t just ‘a way of recording for the future, the past and the present’. The invention of writing brought about a revolution in the way we think. He says that we ‘don’t understand the full import of the revolution brought by writing if [we] think of it as just preserving information into the future. [There are] two areas where writing makes an absolutely decisive difference to the whole history of the human species. One area is complex thought: there’s a limit to what you can do with the spoken word. You cannot really do higher mathematics or more complex forms of philosophical argument … unless you have some way of writing it down and scanning it. So, it’s not adequate to think of writing as just as a way of recording for the future, facts about the past and the present. On the contrary, it is immensely creative. But now a second thing about writing which … is just as important is that … when you write down, you don’t just record what already exists, there are elements where you create new entities. You create money, you create corporations, you create governments, you create complex forms of society. Writing is essential for all of that.’
Tomorrow: we’ll be looking at how Neil MacGregor and John Searle’s views chime with those of the expert views of professors Peter T. Daniels and William Bright, authors of The World’s Writing Systems.

4 thoughts on “Writing: the greatest invention the world has ever known?”