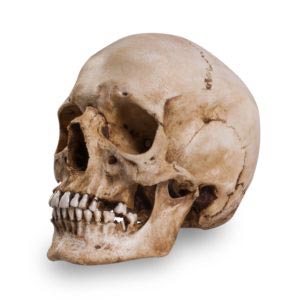 Sadly, Warwick Mansell’s piece in Monday’s Guardian rehearses all those old chestnuts about phonics teaching that have been discredited time without end. Although it makes some pretence at balance, it is shot through with the kind of ignorance about what phonics teaching is that one would normally find in the TES.

Mansell tell us that five and six-year-olds are to be given a test, which here is presented as them having ‘to sound out forty individual words on paper to their teachers…’ Actually, Warwick, this is known as reading and this is what we would like all children to be able to do by the end of Key Stage 1!

Warwick also tells us that, apart from words that will be ‘familiar to most’, there are going to be some non-words. These, he tells us, displaying the most deplorable ignorance about the writing system and its relation to the sounds of the language, ‘is designed only to assess the child’s ability to follow the pronunciation rules, such as they exist, of written English’.

The poor, deluded chap has it all back to front in thinking that letters have sounds, of course, when in fact letters and combinations of letters represent the sounds in the language – a very different matter. He gives us a marvellous example of his muddled thinking when, in the article, he writes about ‘such as “cow” or “blow” where the correct pronunciation depends partly on simply knowing how the word sounds’.

As he is clearly not a linguist, he’s never discovered that there are forty-four (or so) sounds in English and that the letters constitute the symbolic system we use to represent them. Admittedly, our alphabetic system is more complex that, say, Italian or Spanish, but, if teachers ground their teaching in the sounds of the language and teach children how to spell them, starting first of all with simple one-to-one sound-spelling correspondences before moving on to the complexities, it isn’t difficult to teach.

What follows from this is that there are no rules of pronunciation to teach. There are sounds and there are spellings. If we teach children that the sounds they utter in their speech are represented by letters or combinations of letters and we do it from simple to more complex, giving plenty of time to practise the skills, there is no reason why we can’t teach all children to read.

Moreover, the furore about non-words included in the test has exploded because the people who are outraged haven’t a clue why they are there. Non-words are used so that children can’t simply use their visual memories. They thus provide a useful check to determine whether children are able to blend and segment sounds and read what’s there. This is what children are going to have to do every time they read any unfamiliar word whose meaning they do not yet know. Reading words that are more abstract, less familiar, and more technical is what children do to enhance their vocabularies, but in order to do this, they first need to be able to read! But then, Warwick has probably never read Philip Dick’s ‘Beyond Lies the Wub’.