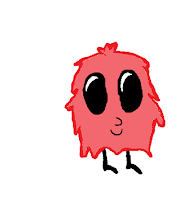 Until this morning, I’ve only received one result of the phonics screening test from a school in Kent and that doesn’t give me all the facts and figures, but I’ve been thinking more about this test.

Firstly, I was never really convinced that giving this kind of test at the end of Year 1 was a good idea. The reason for this was that when we looked at the data we collected, it was fairly obvious that some ten to fifteen percent of children would be entering Y1 having spent virtually the whole of YR maturing, both physically and mentally. We never thought that exposing them to phonics was going to be harmful and, in fact, when they entered Y1, their previous exposure to phonics seemed to have provided them with a foundation for an accelerated start. Nevertheless, for a significant percentage of children, even with good teaching, taking them through a good quality phonics programme would not get them far or fast enough to ‘pass’ this screening test.
Secondly, asking all children at age five or six years to take a test containing forty items with the expectation that they score 80% is probably asking too much. At this age, children’s concentration and attentional skills are not as developed as well as for older children and adults. As one head teacher put it to me this week, even his most able maths pupil would find it difficult to score 100% on a maths test because children of this age simply make mistakes, for all sorts of reasons.
Then there is the problem of the testing tail wagging the pedagogical dog. Many teachers, who for reasons of not being properly trained to teach phonics and still in ignorance of the substantial research on the subject, use mixed methods approaches. Many of those will have panicked as the test date loomed ever closer. Some will have spent the last few weeks doing phonics, phonics, phonics – or at least what they understood to be phonics (the flashcard flourish!). This would have been to the detriment of other aspects of the curriculum, aspects which are an important part of preparation to the big step up to Year 2. So, when the test is over, what happens? My prediction is that many teachers are going to be demob-happy, throw up their arms and say, “That’s phonics done! No more until September!”
While I’m strongly in favour of raising standards in education, I’m beginning to think that the imposition of this test was too soon. I’m aware that something needed to be done and it needed doing quickly, to focus minds. Bringing about change is very difficult and many ministers believe that unless they move decisively the opportunity for change may be gone. However, in this case, imposing a test across the country before teachers have been trained to teach phonics properly is a tactic that might seriously backfire. In classes where there is large scale failure to reach the 32/40 pass mark, teachers who sincerely believe they have been doing their best for their charges may become very disillusioned, demoralised and even angry – the law of unintended consequences?
What should have been the approach? Well, it’s clear that we need to be arguing strongly for phonics to be taught continuously and systematically throughout Key Stage 1. This requires that all Key Stage 1 teachers need proper, high quality training. And it needs to happen as soon as possible. Where it is possible, all teachers in Key Stage 2 also need to be highly trained because, although it may not be necessary for them to teach the basics of phonics, unless they have a clear and detailed understanding of the way in which the writing system relates to the sounds of the language, they won’t be able to teach the more complex aspects of the alphabet code. The same would also be desirable for Key Stages 3 and 4, especially if teachers are going to have the skills, knowledge and understanding to tackle the issue of spelling in secondary schools as Michael Wilshaw has indicated he would like in a recent Ofsted statement.
The danger here is that the government will start blaming teachers if large numbers of children don’t reach the 80% mark. If they do, they can expect a revolt. The government deserve credit (one cheer!) for introducing match-funding for the training of teachers in Key Stage 1. Where they went badly wrong was in not making match-funding available exclusively for training. As this blog has always argued, that’s where the priority lies. But, you can’t blame teachers for not teaching their children phonics properly if you haven’t trained them.
The government should also set about fundamentally restructuring initial teacher training so that new entrants to the profession receive the necessary skills to teach phonics before they qualify. An independent system of testing to find out which phonics programmes are the most effective should also be of prime concern.
Now, back to that one partial result! I can’t name the school except to say that it’s in Kent. The school began teaching Sounds-Write at the beginning of this academic year (September 2011), so this year’s Y1 had not had S-W in YR. Bearing that in mind, the teacher writing to me says that thirty-two out of sixty children got 40/40. She says they have ‘lots of 39s, 38s, 36s – so achieved the expected level’. The rest ranged from 28/40 to 31/40, which the school feel is not far off the threshold; and, she stresses, they do NOT see these children as ‘failing’. Had these children had Sounds-Write in YR, she feels confident they would have reached the government’s expected target. The school plan to catch up these children in Year 2 with some intervention and the teacher says she feels entirely confident about next year.