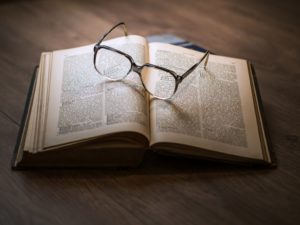 I wrote the following response, which I’ve edited slightly and supplemented, to Robert Peal’s excellent piece ‘Planning a knowledge-based scheme of work. Part 1: Reading. You can read it here.

Let me state categorically that my response isn’t intended to take away anything from Robert’s endeavour. The work he’s doing is really superb and his generosity in enabling teachers/parents/carers to get free downloads of his resources is truly commendable.
For the record, here is the opening paragraph to his blog post:

Over the course of this half term, I am uploading all of the Key Stage 3 resources we have used at the West London Free School so far this academic year (see here). This is the first in a series of three blogposts explaining their design. The next two posts will be on ‘writing’ and ‘homework and assessment’.
There’s no question in my mind that this approach is a huge step in the right direction, taking into consideration, as it does, how to get information from working memory into long-term memory and applying the principles recommended by Rosenshine et al. [Robert is clearly ‘well up’ on all the latest findings and research from E.D. Hirsch Jr, John Hattie, Barak Rosenshine, John Sweller, and many others.]
While acknowledging that the purpose of ‘whole class reading’ is comprehension, I would, in addition, take one or two of the longer, polysyllabic words – I know that time is limited but this is time well spent in the long run! – and talk about how they are structured. For example, the word ‘heliocentric’ may, as you imply in the piece, be difficult for some pupils to articulate in a single attempt. If the teacher writes it on the board, splits it into its syllables – /h/ /e/ |/l/ /ee/ |/oe/ |/s/ /e/ /n/ |/t/ /r/ /i/ /k/ (the bar | is where I’ve chosen to break the syllables), and makes explicit which sounds are represented by the spellings in the word, what, for some, has been impenetrable is now perfectly transparent. By doing this, you make the word easier to articulate – pupils say it slowly and then re-rehearse it – and, you can analyse the word and ask the class which spellings might be difficult to spell if the word wasn’t immediately in front of them.
They would probably say that the [ i ] spelling for the sound /ee/ (also in ‘Medici’, ‘Ludovico’, ‘Maria’ and ‘Grazie’, which are in Robert’s text, might give some difficulty. In fact, the spelling for the sound is common in English words, such as ‘ski‘ and many polysyllabic words, such as ‘taxi‘, ‘India’, etc. You could conduct a similar exercise with the spelling of the sound /s/ in ‘heliocentric’. The analysis works at a morphemic level, too, as I know you know. (Here, I was referring to etymological aspects of some of the words, which Robert confirmed in his reply.) 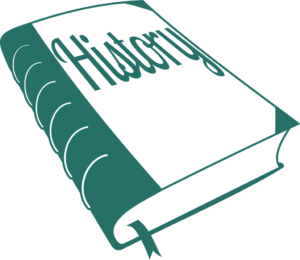 This kind of stuff takes a bit of time the first few times you do it but it gets much faster and it teaches pupils how longer words are structured, how to segment and blend them successfully, how sounds relate to spellings and, after saying ‘he’ ‘lee’ ‘oe’ ‘sen’ ‘trik’ a few times, they’ll be able to say the word fluently and without adding or omitting sounds or syllables.

—————
While I admit that teaching sound-spelling correspondences in this way to the many pupils in secondary schools, such as the West London Free School, is random and risks leaving great holes in their knowledge, there will be many who will be able to see more clearly how the writing system in English works. The technique also gives huge confidence to those pupils for whom the writing system is a mystery because to see long and previously unreadable words broken down in this way demonstrates that being able to read and write any word in the language isn’t that hard if you know how to go about it.
On our courses, I often write up a very long, obscure, polysyllabic word on the back of a whiteboard so that it can’t be seen immediately. When I reveal the word, I ask someone to read it. You’d be very surprised by the number of teachers who are very hesitant at first in reading this word, which, to date, no-one on the courses has ever come across previously. However, after a slow and sometimes faltering start a volunteer reads the word – slowly, syllable by syllable. I then ask them to say it a little bit quicker and then quicker still. The result is that after a few rehearsals, they read the word as fluently as any other.
When the word has been read, we examine each syllable for any spelling that might cause some difficulty and analogise it to other words containing the same spelling. After that, the word is written and spoken syllable by syllable, which helps pupils to remember how it is spelled. Finally, we talk about etymological aspects of the word and meaning.
My parting shot: if all pupils were taught this kind of stuff in primary school, Robert and all those other teachers teaching a secondary curriculum might actually be able to get on with teaching content as well as other aspects of form.