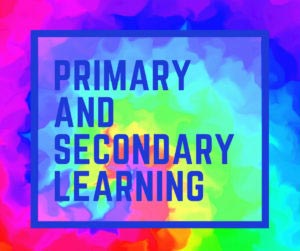 Linguistic phonics makes the relatively complex English alphabetic system simple. The approach teaches from sound to print: in other words, it starts from what all children learn naturally – the sounds of their own language. This is what cognitive psychologists call biologically primary knowledge.

John Sweller, Professor Emeritus at the University of New South Wales, asserts that ‘[h]umans have a wide repertoire of skills based on primary knowledge’ and they are the kinds of skills so easy to acquire, we take them for granted. What’s more, we learn them without needing explicit instruction.

From the first moments in our lives, we begin to imitate what others do. When it comes to the kinds of learning for which we are biologically primed, naturalistic human behaviour, such as recognising faces, assimilating our own specific cultural practices, spotting predators and prey, and indeed learning our own language or languages, we learn pretty well without explicit instruction.

However, my talk at ResearchEd talk was concerned with what Sweller and others refer to as secondary learning or learning anything that has been invented, such as writing. While we learn to speak and listen without having to receive specialised instruction, learning to read and write belongs to the category of secondary learning and must, therefore, be taught. A child has to learn their particular writing system because all writing systems are inventions and, as Peter Daniels reminds us, ‘no infant illiterate absorbs its script along with its language’*.

All efficient procedures for the transmission of knowledge are dependent on what Sweller calls the ‘borrowing principle’ – or learning from those that already have that knowledge. The alternative is leaving the learner to work things out for themselves, or, as Sweller calls it, ‘random generation followed by effectiveness testing’**, which is really another way of saying testing out ideas by trial and error.

Trial and error is very time consuming and can be extremely inefficient; whereas, on the other hand, the research evidence indicates that, at least in the early stages of learning in a new domain, direct instruction is very much more effective than discovery learning.

According to Sweller, instruction will only be effective to the extent that it takes into account the characteristics of human cognition. Ideal learning environments don’t always imitate what we take for granted as naturalistic human behaviour. If they did, then there would be no need for schools and universities or, indeed, for specialised instructional procedures. Simply being in the world with an eye and an ear to what is going on around us would be sufficient. Simply being surrounded by books would be enough for all children to learn to read.

In English, we have one of the most complex writing systems in the world. We know that the long tail of underachievement in learning to read and write is enormous: as much as 50% if we are to go on figures given by the OECD in 1997.

So, given the prodigious task of learning to read and write to a very high level of proficiency why would we expect a young child to work out for him or herself how our complex English writing system is related to the sounds of the language? Why would anyone advocate the sorts of practices that whole language proponents support?

A linguistic phonics approach teaches children that every sound in every word has been assigned a spelling and, in a cumulative, step-by-step process, from simple to complex, it makes the specific links between sounds and spellings, spellings and sounds. It takes as its starting point what children learn naturally and builds on their already acquired oral/aural foundation by teaching explicitly: code knowledge; the three vital skills of segmenting, blending and phoneme manipulation; and, the conceptual understanding necessary to become a highly proficient reader and writer. This is what makes the approach so powerful.

The lessons we can draw from Sweller et al’s work on how humans learn most effectively tell us that teachers need carefully to distinguish what it is that children have to be taught to be taught from what they learn naturally. We have not evolved to acquire the knowledge needed to learn to read and write naturally and therefore ‘we require different and in some sense, “artificial” techniques for assisting learners’.

What I will address in my next post is the problem of devising instructional procedures for transmitting the knowledge we teach our students to their long-term memories.