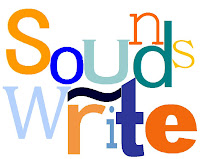 What’s the future going to be in terms of preparing oneself for a worthwhile job? Is it the law, economics, politics? Not according to Hal Varian, Google’s chief statistician. For Hal, the sexy job to be doing in the next ten years is going to be statistics!
In an interview with Tim Harford on Radio 4’s More or Less, he explained why stats is the ‘career of the future’.
“There’s data everywhere,” he says, “and so being able to analyse that data and being able to make sense of that data, being able to apply it to solve problems – that’s a very critical skill in today’s world. I don’t want to indicate that it’s simply statistics narrowly defined but there’s a whole set of skills surrounding statistics and data analysis: being able to access the data, being able to organise the data, being able to visualise the data. All of those are critical skills.”
So, how would the data give someone a competitive edge? Hal believes that data “can be immensely valuable in improving the performance of [a] business.” His advice: “I think it is important to study mathematics … My view is that you should find something you’re really passionate about. Maybe it’s economics, maybe it’s oceanography, maybe it’s law, whatever. But within that field there will be opportunity and maybe a necessity to analyse data, so acquiring the skills that enable you to do that is going to be important to your success in any field.”
You’re probably wondering what this has to do with literacy. Well, at Sounds-Write, David Philpot, a man who is passionate about improving children’s literacy (and who can do maths!), has been collecting data from schools using the Sounds-Write programme for the past six years. The data has proved vital in proving how effective the programme has been in raising literacy standards.
He tells me that data collected on 1500+ pupils who were taught using Sounds-Write throughout Key Stage One (i.e. from age 4 until 7) showed that just over three quarters (75•4%) of them were able to move up to Key Stage Two with literacy skills (reading AND spelling) equal to or above their actual age level. The AVERAGE Spelling Age for these 1500+ pupils was 8 years 3 months.
This is over a year ahead of their actual ages. And, in case you’re thinking that these children were privately educated, they were all drawn from local authority state primary schools and taught in whole classes. Of the remaining pupils, 22% scored within 12 months of their actual age and only 2.6% scored more than 12 months below.
Today, it isn’t enough for teachers to say how much they like this programme or that programme, or for them to say that they believe that this programme or that programme works. Head teachers and their staff are increasingly demanding evidence before they will consider adopting new approaches.
The full statistical story of these latest figures will be published on the Sounds-Write website before very long. But in the meantime you will already find a report based on five years of whole class usage on the site.