Skip to content
Susan Godsland’s eagle eye in detecting references to the teaching of reading has spotted one buried inside a podcast by Mark Henderson and published in theguardian online, which she’s posted as a new thread on the RRF here.
The podcast, ‘The Geek Manifesto: why science matters’, is based on Henderson’s recently published book (2012) of the same name and it’s clear that the book and the podcast are part of a very worthy effort to encourage and embed in public life scientific thinking. Henderson is arguing for a more rational approach to public policy by basing policy decisions on scientific evidence.
What a pity, though, that Henderson begins the podcast by declaring that ‘we don’t really know what the best way to teach kids to read is. Is it phonics?’ he asks, or ‘is it the whole word approach, etc, etc? There are advocates on both sides.’ 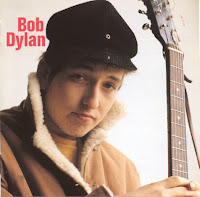 The word ‘geek’ has come a long way since I first heard it in Bob Dylan’s ‘Ballad of aThin Man’ all those years ago. The problem is that on this one, Mark is on the wrong side of the argument – he’s a freak! – because, on the question of teaching reading, we’re the geeks! Yes, all those reading reformers out there!
And you, Mark?

“How does it feel
To be such a freak?”
And you say, “Impossible”…
Because something is happening here
But you don’t know what it is
Do you, Mister Henderson? (adapted from ‘Ballad of a Thin Man’)

Anyway, Mark, you just couldn’t be more wrong! We do know how to teach ‘kids’ how to read and we have known for quite some time. We know what we know from scientific research that has taken place over the past fifty years on the world’s writing systems*, not one of which is based on a whole language approach.
In the words of Diane McGuinness**, ‘all writing systems, living or dead, are based on phonological units of sound below the level of the word. Writing systems cannot be based on the whole word, because languages have too many words’. In her book McGuiness goes on to explain exactly how writings systems are based on the sounds of the language and how they need to be taught.
Where Mark is right in what he says in the podcast is that teaching reading is a ‘question that’s completely amenable to being solved with the methods of science’. Spot on, Mark! But we already know from a huge amount of research which has taken place over the same period that phonics is overwhelmingly superior to whole word approaches.
So, all in all, Mark, when you get your facts as badly wrong as this, it is always going to be more difficult to persuade people that the other examples you deploy are correct!
*Daniels, P.T. & Bright, W., (1996), The World’s Writing Systems, OUP
Coulmas, F., (2003), Writing Systems: An introduction to their linguistic analysis, CUP

**McGuinness, D., (2004), Early Reading Instruction: What Science Really Tells Us about How to Teach Reading, MIT Press.
Thanks to http://www.flickr.com/photos/guano/1667465125/ for the Dylan photo.