The latest issue of Teach Primary carries a debate entitled ‘Is it time to ditch the phonics screening test?’ In actual fact, its correct title should be ‘Is it time to ditch the phonics screening check’ but we’ll come back to this point.
In any event, it pitches Debbie Hepplewhite against David Reedy. As most readers of this and related blogs will know, Debbie is a leading light in the campaign to get good quality phonics teaching into schools from the moment children start in Foundation 2 or Reception. Perhaps, less well known is David Reedy of the United Kingdom Literacy Association, an organisation that in reality does everything it can to impede the implementation of good quality phonics programmes, even though, as we shall see from Reedy’s piece, the UKLA are occasionally forced to concede that phonics is ‘important’. 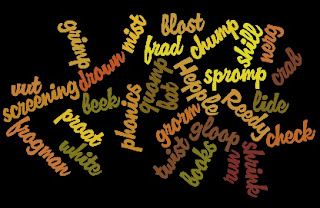 In this series of postings, I’m not going to examine Hepplewhite’s piece because I believe it to be a clear, fair and well set-out statement of what the phonics screening check is designed for. What I do propose to look at in some detail is the Reedy piece. This is because, as a statement of the UKLA’s position on the screening check, with its customary deployment of rhetorical devices, it is highly representative of its attitudes towards the teaching of phonics.
From the outset, the UKLA identified what it perceived as the screening check’s weakest link – the introduction of non words or pseudo words. This is because it suspects, in the absence of a clear and unequivocal rationale being presented to teachers and parents for the introduction of such words, this aspect of the check will prompt an immediate reaction against it. It is intended to provoke a knee-jerk reaction. So, it comes as no surprise that Reedy’s article should begin by foregrounding the inclusion of pseudo words.
The UKLA’s preferred qualifier ‘pseudo’ should not go without comment. ‘Pseudo’ is much more likely to have pejorative connotations than the more neutral (adjective) ‘non’. This coupled with several examples – Reedy uses ‘mip’, ‘glimp’ and ‘brunk’ – is designed to produce the ‘common sense’ reaction to their use of the order of ‘Why on earth would we be asking children to read words that aren’t real?’ Well, as we shall see, there are very good reasons but, if you have an ideological aversion to phonics or you are a person, be they teacher or parent, who lacks knowledge of the whys and wherefores of the case, then Reedy’s blandishments seem reasonable.
The UKLA’s visceral antipathy to the check is then moderated to the seemingly sensible claim that it ‘has considerable concerns about the imposition of the test’ (sic). ‘Concern’ has an empathetic ring to it, patronising to be sure, but suggesting the air of the headteacher telling the assembly calmly what is and is not good for us; while, of course, ‘test’, rather than ‘check’ is calculated to raise the stakes, to infuse the argument with a degree of anxiety on which he builds further on in the piece.
The check, he tells us is ‘narrowly conceived and does not give a clear picture of children’s development as readers when they are six years old’. In fact, it is not narrowly conceived. It is narrowly focused. There’s a difference. The focus on phonics is a fundamental first step because phonics teaches pupils that the sounds in their speech are represented by written symbols. Moreover, the best phonics programmes teach from simple to more complex and they go on to continue to have an important role in enabling pupils to read and spell much more complex words as they progress through school.
Of course there are other aspects to reading: the richness of a pupil’s linguistic environment or the cultural capital they have accumulated is of enormous importance. But, what Reedy and the UKLA can’t seem to understand is that if a pupil can’t decode, they can’t read, never mind ‘read avidly for purpose and pleasure’.
Tomorrow, I’ll be looking at Reedy’s report on the research survey the UKLA undertook and some of the claims he makes.