Continuing on from yesterday, today I want to look more closely at some of the claims made by David Reedy in his contribution to the ‘debate’ in the April issue of Teach Primary.

Reedy states that, ‘in 2012, the UKLA undertook a survey of KS1 schools and teachers about the [phonics screening] test’ [sic] and received 494 responses. What he doesn’t tell us is what percentage of the total number of KS1 schools the 494 represents, exactly how many separate schools responded and how many teachers from different schools responded. Does the 494 lump together the responses from schools and teachers? Detailed information would make an immense difference to how we might begin to interpret the results. If UKLA received 494 separate responses from 494 different KS1 schools, it might make their claim that they got ‘a very high number’ of responses more credible, especially if this was out of, say, a thousand schools. However, the information Reedy supplied in his article is very vague and there is no way of knowing the exact details. 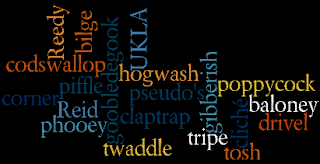 We are also told that the responses indicate ‘a level of concern by teachers and schools’. What is a ‘level of concern’? Of course, more knowledgeable teachers will know that ‘level of concern’ here means that they don’t approve of the screening check, though no evidence is provided. But, on top of this, the ‘level of concern’ Reedy is quoting also, according to him, shows us that ‘experience of the first year of the test [sic] has been very worrying’.

You might think that the schools and teachers are worried because the check has demonstrated that many children whom they previously thought were able to read were shown to have problems decoding words, real and made-up, or that they’ve realised that their teaching of phonics is not up to scratch and that they, the teachers, feel they need more training. From having trained several thousand teaching practitioners over the past few years, my experience and the experience of the Sounds-Write trainers has been exactly that there is an amazing amount of misunderstanding of what phonics is, how it works and how to teach it.

Not so for David Reedy, however! He claims that schools ‘overwhelmingly felt the check was unnecessary and not fit for purpose’. He provides no evidence for his ‘overwhelming’ claim and, frankly, the moment anyone comes out with the dreadful John Reid cliché, I want to reach for the sick bucket. [Fight clichés with clichés, I say.] According to Reedy, the schools didn’t find the test [sic] useful because ‘it did not give any information that was not already known’. This, in turn, is because they ‘already do extensive phonics testing and assessment’. He doesn’t give any examples of the kind of testing used or anything else to support his contention. What he does do, though, is to link this statement with the sentence ‘… and the unreliability of the phonics screening check results means that this data will not be used in school to inform teachers about children’s progress’. Sorry? Did I miss something here? The phonics screening check is now being definitively defined as being unreliable – by the UKLA, though!

What I’m saying is that the whole piece is loaded with surreptitiously interpolated words designed to persuade the reader of the frightful imposition of the check. It’s all rhetoric.