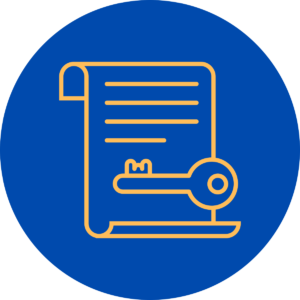 I’m re-posting this piece from eight years ago because, apparently, the issue of spelling reform has once again raised its ill-informed head. The arguments haven’t changed and I was amused to see that Jeremy Vine was equally discombobulated by the suggestions put forward by the English Spelling Society. You can watch the exchanges here (https://www.facebook.com/watch/?v=449481390592436&extid=CL-UNK-UNK-UNK-IOS_GK0T-GK1C&ref=sharing)
As Charles Perfetti wrote in his article ‘The Universal Grammar of Reading’ (Scientific Studies of Reading, 7:1, 3-34) in 2009, ‘examples of the variability of English spelling-pronunciation mappings are stock-in-trade for some opponents of phonics teaching, as well as the traditional call to arms for spelling reformers. The parallel is quite superficial, however, because although letters can have variable mappings, the mappings they have are systematic and constrained’. Stephen Linstead’s piece ‘English spellings don’t match the sounds they are supposed to represent. It’s time to change’ in today’s Guardian is just such a call to arms and just as incorrect as Perfetti implies.
It is true that the many influences on English have left us with a much more complex alphabet code than, say Spanish or Italian. This doesn’t mean it can’t be taught or that, taught correctly, it can’t be learned. Stephen Linstead’s examples are clearly intended to bamboozle us into believing that there is a need for spelling reform. He gives us the spelling < ou >, which can represent the sound /u/ in ‘southern’ and /oo/, as in ‘soup’. At first sight, this fact about the way English orthography works seems to prove his point. In fact, a closer look at these examples reveals them to be very straightforward indeed. The truth is that if you are a proficient reader, you probably wouldn’t even notice that < ou > can represent two sounds: you would simply have read ‘southern’ and ‘soup’ automatically.
Of course, presenting what appears at first sight to be the sheer randomness of the spelling system to someone about to embark on the journey of becoming fully literate is another matter. Let’s see what a beginning reader needs to learn to be able to read proficiently:

Second, the learner must be taught that sounds can be spelt with one letter (‘m a t’), two letters (‘ship’), three letters (‘night’) or four (‘eight’) letters. Is this too complicated to learn? Not a bit, because if you show children a square and then a triangle and then put the triangle on top of the square, they’ll tell you it’s a house! We combine arbitrary symbols to form other symbols all the time.

Finally, many spellings represent more than one sound, so that < ou > can be /u/ in ‘southern’ as well as /oo/ in ‘soup’. The last concept, which Stephen Linstead finds so very hard to get to grips with, is that a symbol (many spellings) can represent more than one thing. Present any child with a circle and ask them what it can be. They’ll quickly tell you that it can be a moon, a sun, an orange, a pizza. Nevertheless, as Perfetti points outs in his article, spellings can’t represent anything: ‘the mappings they have are systematic and constrained’. Of course, to know which sound < ou > represents in a word will be determined from context and the learner will need to have been taught the possible sounds ou can represent. To take another example, ea can be /ee/ in ‘sea’, /e/ in ‘head’, or /ae/ in ‘steak’. If I read the sentence ‘Last night I had a tasty steak’ and I read the word ‘steak as ‘steek’ or ‘stek’ (which is possible in some varieties of English!), my brain is quickly going to tell me neither makes sense and that I need to try the other possibility. I wonder if Linstead gets confused about how his name should be pronounced?

These are the basic ideas one needs to understand if one is to teach reading and spelling to beginners. Clearly, they are not difficult concepts to grasp.  So, understanding how English orthography works isn’t difficult. What is difficult is learning it if the person doing the teaching doesn’t understand the alphabet code, which skills are needed to teach it, and that it needs to be taught from simple one-letter spellings to one-sound to more complex structures. Linstead demonstrated his lack of understanding of the code by mixing up one spelling/different sounds and one sound/different spellings. He also seems to believe that the spelling < ou > in ‘loud’ is the same as that in ‘should’.  And, he can’t code ‘weird’, which he should have separated as < w > < e > < ir > < d >, representing the sounds /w/ /ee/ /er/ /d/ and in which the < ir > is a schwa.
It is true that in learning to read and write in English there is much more to learn than, say, in Spanish in which young children only have to learn somewhere just over thirty spellings for the twenty-two to twenty-four sounds (depending on accent) in the language. In English we have forty-four or so sounds, again depending on accent, and there are about a hundred and seventy-five common spellings. However, if teaching is anchored in the sounds of the language and taught carefully over the three years of Key Stage 1, it is entirely possible to teach children to read and spell English to a very high level of proficiency.
What’s more, English spelling as defined by Samuel Johnson in his famous dictionary has hardly changed since he wrote it. In the words of Diane McGuinness, ‘[t]oday, over 240 years later, most people of America, England, Scotland, Wales, Ireland, Australia, New Zealand, Canada, South Africa, and India have little difficulty understanding each other’s English’*. Aside from the help spelling gives us in understanding the etymology of English, the orthography of English is very well suited to encompass all the rich varieties of our language.
Footnote: In the Guardian article there is an accompanying image of fish linked to the word ‘ghoti’, which George Bernard Shaw, an early advocate of spelling reform, thought provided a good example of the randomness of English spelling. This reference seems to be almost obligatory when people who don’t know what they are talking about decry phonics or call for spelling reform. And, it is just as wrong now as when Shaw first wrote it. See this for a more complete explanation.
* Quoted from Why Children Can’t Read.