Skip to content
I know that many teachers will not appreciate me starting this hare, especially when we, at Sounds-Write, have coded lots of words with split spellings and, to boot, we also have a terrific lesson for teaching them, but I wanted to give us something to think about.
Having said that, I want to state firmly from the outset that I have no intention at the moment of adopting the alternative I’m about to suggest, though Trish at TRT might want to think about it.
For those unsure of what I’m writing about, the split spellings most commonly in use are a-e, e-e, i-e, o-e and u-e. We teach these spellings in words like ‘bake’, ‘Pete’, ‘home’, ‘fine’ and ‘flute’, in which, respectively, they represent the sounds /ae/, /ee/, /ie/, /oe/ and /oo/. 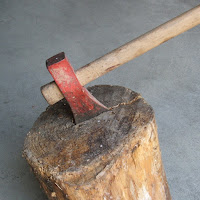 Although I believe that we teach teachers how to cope with so-called split spellings very well indeed, and I believe that, in the main, our approach works well, I think that there may be a better, more credible alternative.
To begin with, I want to ask the question why split spellings were introduced in the first place. I have a hunch it was because the originators were unsure about two aspects (especially the second) of the alphabet code: the one-to-many principle, in which one sound can be represented by multiple spellings; and, the many-to-one principle, in which one spelling can represent different sounds. For example, in the first, the sound /ae/ can be spelled a, ay, ai, ea, eigh, ei, ey, etc, as well as by the split spelling a-e; in the second, the spelling o can represent the sounds /o/, /oe/, /oo/ and /u/.
Keeping the above in mind, let’s take the first word with a ‘split’ spelling I used in the post: ‘hate’. The word is comprised of three sounds /h/ /ae/ /t/ and someone decided that they would code it as h, a-e, t, with the t splitting the a-e. Apart from being more complicated than most spellings to teach, this approach has the disadvantage that, when an inflectional morpheme such as –ing, –s or –d is added, possible confusions begin to arise. For example, the /ae/ in ‘hate’ is spelled with a ‘split’ spelling but in ‘hating’ with the spelling a. The same is true of ‘hated’, a two syllable word comprised of the sounds /h/ /ae/ /t/ /schwa/ /d/.
The second complication comes when teaching words like ‘hates’. Here, the teacher has to guide pupils when they are reading by going from /h/, forwards to the split spelling a-e, then back to the /t/ and finally, bizarrely, (jumping across the letter e, the second part of the split digraph) forward again to the /s/. This definitely slows down novice readers.
In addition, the split spelling is very likely to be confused with words which look as if they might contain split spellings but don’t. For example a much better – and more transparently linguistic, approach would be to teach from left to right across the word in logical sequence. We would do this by teaching ‘hate’ as h a te. In other words, it would still be taught as a CVC word, but with the final consonant spelled as te.  This approach would make the split spelling far less likely to be confused with words which look as if they might contain split spellings but don’t. For example, we already teach consonant + vowel digraphs in words like ‘give’, ‘have‘, ‘horse’, ‘sleeve’, ‘granite’, ‘snooze‘, ‘some‘ and many others. Teaching consonant plus e instead of all the ‘split’ spellings would be consistent and more logical, as well as making at least as much sense as its counterpart.
So, how would we correct errors, such as when pupils read the word ‘hate’ as /h /a/ t/ (‘hat’)? We would simply point to the spelling a and say that it can be /a/ but that it can also be /ae/ and ask the learner to say /ae/ in this word. The context of the sentence will do the rest, exactly as it does when we read words with the spelling o in them.
“Scure nel tronco” by Luigi Chiesa – Photo taken by Luigi Chiesa. Licensed under CC BY-SA 3.0 via Commons – https://commons.wikimedia.org/wiki/File:Scure_nel_tronco.jpg#/media/File:Scure_nel_tronco.jpg

6 thoughts on “Why the split spelling cracks me up”