Skip to content
When Matthew Syed, former table tennis champion, Times correspondent and author, trained his sights on what it is that makes someone a champion, he tackled the question head-on by dealing with one of our most cherished enigmas: in his superb book Bounce(2010), he asked the question ‘How do you solve a conundrum like Mozart?’
The reason he asked this particular question was because, although many of those interested in the field of how people acquire expertise in any domain, Mozart appeared to contradict the so-called 10,000 hours rule. This ‘rule’ states that it takes around that amount of time to become an expert in any particular field. Never mind that this figure requires a large degree of qualification, the fact is that the acquisition of expertise requires a great deal of knowledge, practice and expert tuition and that this takes time
So, how was it that, at the age of six, Mozart was wowing the courts of eighteenth century Europe with his compositional skills, especially when, as Syed points out, he’d ‘scarcely even lived ten thousand hours’! Perhaps the only other explanation was that Mozart was a child prodigy, a genius. 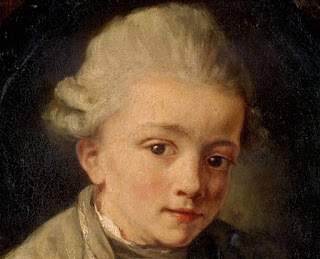 Syed is quick to build the contrary case: Mozart’s father was, even for the standards of his time, a ‘tiger’ parent, who put his young (three years of age) son through a rigorous course of instruction in composition and playing. By the time he was six, according to the work of psychologist Michael Howe in his book Genius Explained, Mozart had put in 3,500  – still a long way from 10,000 – hours of practice before he was six.
Syed also points out that lots of other children were regarded as being child prodigies, until that is, investigators began to dig a little deeper into their backgrounds. There, they found that many children, who, through their interest in a specific domain, had had the benefit of a huge amount of practice under the tutelage of very experienced and knowledgeable teachers, turned out to be outstanding in their chosen enterprises.

So far, so good! However, there was always a lingering doubt. Notwithstanding the rigour of the tuition and the amount of practice, the case made by Syed still, for some, does not necessarily explain Mozart’s extraordinary ability. Could it also be attributed to the fact that, to be a musician of such remarkable ability, one needs to be born with ‘perfect pitch’?
What Matthew Syed wasn’t able to know at the time he wrote his book was what has emerged in a new contribution to this debate in K. Anders Ericsson and Robert Pool’s new book Peak: Secrets from the New Science of Expertiseis some very interesting, new research.K. Anders Ericsson’s

Wolfgang Mozart did indeed possess the, for musicians, invaluable ‘gift’ of perfect pitch, which is, apparently, an ability that only one in ten thousand of us have and, until recently, was thought to be an innate talent. Thanks to what Pool and Ericsson call a ‘beautiful experiment’, conducted at the Ichionkai Music School in Tokyo by the Japanese psychologist Ayako Sakakibara, we no longer regard perfect pitch in the same light.
Sakakibara trained twenty-four children, aged between two and six years, to identify ‘by their sound, various chords played on the piano’. The sessions were short and delivered for only a few minutes, four or five times a day over a period of between twelve and eighteen months. At the end of this training, all children – every single one! – had developed perfect pitch and were able to identify notes on the piano. This was an unprecedented discovery!
Mozart worked for very much longer and very much harder than any of the children involved in Sakakibara’s training. It is hardly surprising then that he developed the talent at such an early age. What is likely is that Mozart wasn’t born with perfect pitch but, as Pool and Ericsson put it, was born with ‘ability to develop perfect pitch’, a gift almost all of us have, given the right kinds of exposure and teaching.

Now my speculation is this: given the same kind of exposure to very high quality phonics teaching and at a relatively early age, virtually all children can be taught to identify the individual sounds of their own language – in this case I’m talking about English, or even the sounds of English as an additional language. After all, if our naturally evolved hearing, through which we are primed to pay attention to the sounds of our own language even before we leave the womb can be co-opted to identify and differentiate the individual sounds produced by a musical instrument, how much harder can it be to train children to identify and differentiate consciously the sounds of their own language in the context of learning to read and spell?