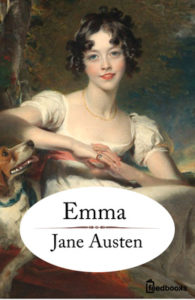 On September 17th Misty Adoniou wrote a piece for The Conversation entitled ‘New phonics test will do nothing to improve Australian children’s literacy’. Although I’ve written a couple of times before about Ms Adoniou’s somewhat jaundiced view of phonics here and here, I thought this time I’d look more closely at the arguments she puts forward.

Her article was prompted by the release of a report by Simon Birmingham, the Australian education minister, recommending that all Year 1 pupils in Australia take part in the phonics screening check.

The check has been used in England for the past six years and evidence is growing on the correlation between pupils’ reading results at the end of three years of schooling and the Phonics Screening Check. Here’s what Andrew Old wrote in 2015.

Ms Adoniou begins by asking: ‘What is phonics?’ and goes on to describe it as ‘the process of matching sounds to letters. It is an important skill when learning to read and write in English.’

Well, yes and no is the answer: phonics does involve the matching of sounds to spellings. But there’s a potential problem with the term ‘letters’, which isn’t specific enough to convey accurately what phonics teaching is really about. ‘Letters’ is inadequate because, for many people reading the article, ‘letters’ means either letter names, or the use of the word elides the level of complexity involved: one level includes the idea that, in English, a spelling can comprise one, two, three or four letters, as can be seen in the following examples: m a n, sh o p, n igh t, and w eigh t. This kind of detail is important because it demonstrates one of two things: Ms Adoniou doesn’t seem to know what modern phonics looks like and how it is taught; or, she does know how phonics should be taught and wilfully ignores the detail to prejudice her readers.

From here, she goes on to say that, ‘[t]here are two main approaches to teaching children phonics – analytic phonics and synthetic phonics.’ and purports to explain the difference between the two.

There are three things wrong with this line of approach. First, it sneakily implies that, while analytic phonics is concerned with word meaning as well as with phonics, synthetic phonics isn’t interested in word meaning. More on this later. Second, in Ms Adoniou’s ‘Emma’ example, it’s really not very difficult to see two quite serious flaws in this approach. One is that the child is exposed to the many and varied complexities of learning phonics right from the start; whereas, no phonics teacher worth their salt would dream of doing what is the equivalent of throwing children into the deep end of the swimming pool when they are only just starting to learn to swim. Second, even though the word ‘Emma’ isn’t random for Emma, it is for other children. Are we then to analyse the names (Zachariah, Tiffany, etc, etc.) of every child in a class? Anyone can see that by taking random words, the spellings of sounds in English cannot be taught anything other than, well, randomly. Moreover, the link between sounds of the language and their spellings is not learned in a systematic way.  This is especially important because the one constant in the writing system is the sounds of the English language. It is obvious, therefore, that, in this analytical approach, there is no systematicity, nor is there a simple to more complex way of presenting young children with a clear understanding of the most complex of all alphabetical writing systems: English.

So, how does Ms Adoniou characterise synthetic phonics? ‘Synthetic phonics,’ she says, ‘starts with letters which the children learn to match with sounds. The meaning of the words are irrelevant, and indeed, inconsequential (My emphasis).The theory is that the children should master letter/sound matches first before trying to attend to meaning.’

Is she right? The answer is ultimately no. This could be a sleight of hand or it could be that Ms Adoniou has only ever seen phonics programs that do teach the matching of ‘letters to sounds’ out of the context of words. So, in that sense, she is right: there are such programs. However, I would argue that this type of paired associate learning is very inefficient for the obvious reason that it is very hard to remember connections between sounds and spellings if there is no context.

There is a better way of teaching young children sound-spelling correspondences and in the context of real words that children are likely to have in their spoken vocabularies. Certainly, asking children to learn the connections between ‘letters and sounds’ arbitrarily before they are later taught to combine them into real words and, eventually sentences, does give some children critical insight into how this game is played. However, there will be many children left wondering why they have to learn these, to them random paired associates. Here is where I suggest a much better alternative and one that disconfirms Adoniou’s objections.

Having conceded that, her objections are inordinately fastidious. She knows that within the space of having been taught a handful of ‘letter sounds’ and, yes, out of context, children will almost immediately be learning to put them together to read recognisable words. So, phonics advocates are right to complain that Ms Adoniou may be deliberately trying to deceive. Assuming her piece is written is good faith, should an Associate Professor in Language, Literacy and TESL at the University of Canberra really be telling us that synthetic phonics advocates believe that ‘the meaning of words is irrelevant, and indeed, inconsequential’? This is a common, let’s call it what it is, smear, used by people opposed to the teaching of phonics to discredit it in the eyes of the lay public. Although, as I have conceded, it is true that there are phonics programmes that do teach single letter spellings to sounds in isolation and a-contextually, many synthetic phonics programmes do not, and she is is obviously not conversant with linguistic phonics approaches.

But there’s yet another error in what she seems to believe synthetic phonics sets out to teach. She says synthetic phonics ‘starts with letters which the children learn to match with sounds’. The truth is that high quality phonics programmes start with the sounds of the language, which all children learn naturally long before they get to school. Some synthetic and all linguistic phonics programmes teach children, in practical terms, from simple to more complex, that sounds in speech are represented by spellings. With these programs, they also learn all of this in the context of whole words right from the start but in a way that teaches the simple stuff first and then goes on to teach the really complex stuff over time: from ‘cat’ to ‘categorisation’.

When she goes on to ask ‘Which phonics method is better?’ Ms Adoniou claims there’s no advantage in either approach. Now I don’t know which research Ms Adoniou reads, but that is not the conclusion arrived at by many researchers in this field. See here and here, for example. No matter! You only have to ask yourself the simple question: does it make sense to say that an analytic approach that teaches sound to spelling correspondences in randomly selected words could ever be superior to an approach that teaches all the ways of spelling sounds systematically from simple to complex? Analytic phonics provides no systemic structure for teaching the code systematically; it fails to teach the vital skills of segmenting, blending and phoneme manipulation; and, it provides no understanding of how the code works.

Teacher: “So, today children, let’s begin by looking at this word ‘Emma’.” – a two-syllable word in which one sound is spelled with two letters and in which there is also a weak vowel sound, called a schwa. Really? Synthetic phonics can and does teach and account for all of these complexities and more, but it does so over time, building children’s understanding of how the alphabet code works, and teaching simultaneously the skills involved in pulling apart or putting together those sounds to read and spell.

To further sustain her allegation that teachers of synthetic phonics aren’t interested in teaching meaning, Ms Adoniou raises the question of what the phonics test is. Her explanation is factually correct, the most important part being that ‘children must show they are not relying on meaning or prior experience of the word in order to successfully decode it.’ She goes on, ‘[to] this end, 20 of the words the children are given are nonsense words, like “thrand”, “poth” and “froom”, to ensure they are not using meaning to decode the words.’

This is a subtle example of ‘framing’: synthetic phonics teachers don’t care about meaning so, they devise a test based on nonsense words. Quod erat demonstrandum. The truth, as they say, is more complicated. What Ms Adoniou doesn’t understand is that the check is designed to reveal whether a child is able to segment words into their constituent sounds and blend them successfully to form a word. This requires skill and code knowledge, the ability to link spellings to sounds. To be able to get meaning from words, it is necessary to first decode them accurately and as fluently as possible.

Nonsense words make up a significant part of the test because children haven’t seen them before and can’t therefore rely on visual memory to recognise them as wholes. To read words like ‘froom’, the child must segment the word into /f/ /r/ /oo/ /m/ and then blend the sounds into the word. The check provides teachers with concrete information about the level of the child’s skills and code knowledge, where there are gaps, and what needs to be done to catch up children who have fallen behind.

Of her ‘claims’ and ‘rebuttals’, a number of people, as indicated in the links above, Alison Clark of Spelfabet, Jennifer Buckingham of FivefromFive, Pamela Snow of ‘The Snow Report‘ – have all answered Ms Adoniou’s charges at length in a series of blog posts and articles.

It is truly painful to see published in ‘The School House’ section of The Conversation such lack of insight into what phonics teaching today is capable of achieving for all children. As I have said before, academics who sit and cavil from the sidelines and who have never put forward their own ideas about how to change the disastrous state of reading instruction and then gone and tested them in the classroom in front of a class of children should  always be listened to but then not taken too seriously.