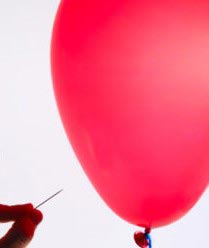 Having been round the literacy block a few times, I did permit myself a smile when I read the title of the paper by Anne Castles et al ‘Ending the Reading Wars: Reading Acquisition from Novice to Expert.’ Good luck with that, I thought. And, sure enough, who should pop up with an anti-phonics/anti-Phonics Screening Check publication but Robyn Ewing, professor of teacher education and the arts at Sydney University.

Both publications have been prompted by concern about the numbers of children in Australia not earning to read and by a growing and much more vocal parental lobby. The sides are coming together on Tuesday to debate the question of whether phonics in context is or is not enough. On one side are Anne Castles, Jennifer Buckingham and Troy Verey; on the other are Robyn Ewing, Kathy Rushton and Mark Diamond. And you can follow the debate here:

Ewing’s paper ‘Exploding some myths about learning to read: a review of the research on the role of phonics’ is a model in dissimulation. There are huge amounts in it no-one can disagree with: how important socioeconomic status and the education of parents is – so it would be wise for children to choose their parents carefully in the future; how embracing children within a warm, literacy-rich environment – a range of books, access to libraries, high-quality oral interaction between parents and children – is such a strong predictor of reading. Ewing doesn’t tell us what happens to children from less advantaged backgrounds, or, indeed, those who aren’t fortunate enough to enjoy the benefits so ‘central’ to learning to read (p.17).

Phonics comes as an afterthought. Yes, it is a valuable strategy, she tells us, ‘when tailored to meet the individual students’ needs and used with other strategies within a broad and rich literacy curriculum’ (p.6).  Basically, this is the Searchlights model, so firmly rejected by the Rose Report in 2006, and which promotes every kind of strategy you can think of except teaching children to decode. What she’s also telling us is that it can’t be taught whole class.

Hang on a minute! I think I’ve been here before. This is a re-rehearsal of what the Institute of Education in London was pumping out nearly fifty years ago and the arguments haven’t changed – lots of Frank Smith, the Goodmans, Piaget and Vygotsky – and when you’d done one of their courses, you still had no idea how to teach kids who couldn’t read to read. According to Ewing, all you need to do is to expose children to a foundation of rich literary language, share a wide range of stories and sit back and let them infer sound-spelling correspondences for themselves. Ye gods! It’s as if the cognitive revolution had never happened. How is it that in no other domain of learning is it assumed that the end product is where children need to begin?

There’s no acknowledgement that while learning to speak is something all children everywhere in the world do naturally, writing systems are inventions that have to be taught. What’s more, the more complex or opaque the writing system, the more explicitly and systematically it needs to be taught. Even so, teaching something explicitly doesn’t mean that it must be introduced in a vacuum. Phonics can and is taught using whole, real words from the very start. You can see how here. Teaching children simple words in a carefully accumulative and structured way and supporting this teaching through the medium of texts that give practice in what the children have been learning is now very well understood and practised by many phonics teachers. As is so often the case with professors who don’t actually ever teach phonics to young children in classrooms, Ewing’s version of what 21st century phonics looks like is a travesty. She is either completely ignorant about the way in which modern sound-to-print phonics is taught or she is being deliberately deceptive.

In addition to teaching phonics and using decodable texts, phonics teachers will be introducing a broad range of texts, informational, narrative, and poetic to enhance children’s vocabulary, their knowledge of the grammatical structures peculiar to those texts, and other generic features. Oh, and, of course, teachers will be hoping that they are encouraging a love of reading. This is exactly the kind of approach of which Ewing seems so approving (cf her reference to Tse and Nicholson [2014], p.27), yet has no idea how to achieve.

Why then is there a need for a phonics screening check? It’s simple really! Head teachers, school governors, teachers and parents need to know how well children are progressing and if they can’t read simple CVC, CVCC, CCVC and CCVCC words, plus some words with common spellings of a limited number of vowels, then phonics intervention needs to be swift when catching children up is so much easier than in later years as children become dispirited and acquire more and more bad habits. Let me be clear: if a child cannot read words containing adjacent consonants without dropping one of the consonants, they won’t get out of the starting blocks. But of course, this kind of detail is much too fine-grained for our lofty professor.

And the nonsense words in the check? Ewing seems to have no idea why they can be useful in improving children’s skills, (See here and here for an explanation.), nor why, despite being employed by educational psychologists for years, they are included in the test. But then these cheap shots appear to make sense to the uninitiated, which is why they employed in the rhetoric.

Here’s a suggestion for you professor, come to the UK and visit a whole number of schools where phonics is taught and taught in context, though not through the medium of analytic phonics. There you can see whole classes of children – children who don’t speak any English at home, children whose parents don’t own any books never mind read them, children who come from some of the poorest backgrounds –  yet, who, by the age of seven are already literate enough to be able to read a broadsheet newspaper or anything in a classical novel.