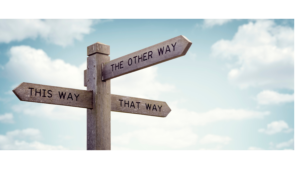 What’s in a word? On our Sounds-Write training courses, to teachers, we use the word ‘represents’ all the time when describing the relationship between the sounds in the English language and the way in which those sounds are characterised. For teachers and teaching, the reason for using the word is strategic. We want to make the relationship between sounds and spellings completely unambiguous and we don’t want to encourage teachers to use language, such as for example, letters or spellings ‘making’ or ‘saying’ sounds – because they don’t. Children are, in the words of Diane McGuinness, ‘magical thinkers’. If they get the idea that letters can ‘say’ or ‘make’ sounds, the logic of the code is quickly lost in its complexity.

Contrastingly, the language we use when speaking to young children also needs to make the relationship unambiguous and, because of the register, using the word ‘represents’ is probably not the best way of making things transparent. Instead of saying ‘represents’ to children, it’s better, where possible, to use the verb ‘to be’ and to use deictic words (words that point or refer to something), such as ‘this’, ‘that’.

You may, if the child is older and/or more knowledgeable, want to broaden the discussion to talk about how a spelling can be more than one sound: it can be this or it can be that. What often illustrates the idea that a spelling can stand for/represent/be different sounds is the example I often give of drawing a circle and asking the student what it can be, (a ball, moon, sun, orange, pizza…), thus eliciting that symbols can represent a number of different things.

The key to teaching phonics throughout a school is to keep the language consistent. What the Reception or Prep teacher is saying should be the same as that of the Year 6 teacher and all points between.