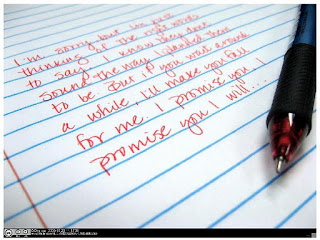 There’s a very interesting article in the TES by Adi Bloom this week (14th October 2011) about handwriting. In it Mr Beswick from Greave Primary school in Stockport is quoted as arguing strongly that handwriting is redundant and that keyboard skills are the future. On the other hand, Mr Gibbons of Nettlesham Junior school in Lincolnshire and his Y3 teacher Rachel Moreton believe that handwriting is hugely important in building ‘muscle memory’, that writing words helps pupils remember how to spell them.

Who is right? Well, not Mr Beswick, if the research evidence is to be credited! His argument that ‘you need to think about what’s going to happen when children meet the big, wide world’ in ’10 to 15 years’ time’ makes little sense to me. In 10 to 15 years’ time, Mr Beswick, computers will probably have been superseded by new technologies.

Leaving aside aesthetic considerations, as Mr Gibbons and Ms Moreton intuit, the practice of handwriting in school fulfils a much more important and fundamental function than merely presenting an elegant hand to aged aunts in thanks for birthday presents. There is a significant body of research that demonstrates that copying letters is by far away the most efficient way of learning them. In ‘How handwriting boosts the brain’,  Gwendolyn Bounds looks at the work of Karin James, of Indiana University, whose work shows how important handwriting is in learning to read. Learning is even faster and effective if pupils say sounds as they are writing the sound/spelling correspondences.

Writing in this way is a multi-sensory activity. Firstly, the teacher needs to model the shapes of letters and, if necessary, to show orientation of the letters – where to start, which way to go and where to finish. To copy, children’s eyes need to look at the letters and to follow the shapes with their eyes and they need to form the letters with a pencil, whiteboard marker pen, or paintbrush. Or, they can simply write in the air, write in sand, and use finger paint, and so on. While letters are being copied, pupils need to be saying the sounds they represent. They will also say the whole word as they complete it.

As they are saying the sounds and writing the sound/spelling correspondences, they are hearing them at the same time. So, they are simultaneously looking, touching, speaking and listening. Psychologists are firmly convinced of the value of multi-sensory approaches: the more senses one uses, they believe, the more likely it is that the brain will remember whatever it is working with.

On Sounds-Write trainings, teaching practitioners are encouraged to get pupils practising writing from the start of the programme. As long as the writing they do is commensurate with where they are in the programme, they get lots of opportunity to write words and simple sentences, which has the added effect that pupils also realise that the code is reversible: what they see is what they hear, what they hear is what they see.

See my other blog postings on the subject of handwriting here and here.