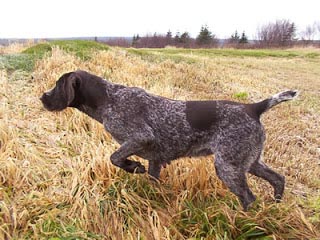 If you are watching the latest David Attenborough series, ‘The Hunt’, you’re probably being reminded of the kinds of terminology we rarely come across in everyday, spoken communication. Words like ‘megaherbivore’ and ‘biogeodiversity’ keep popping up, both of which, as I type, my spellchecker doesn’t want to recognise and is complaining about.

Many of the kinds of textual discourse used across subject domains contain words such as these and, very often, they are comprised of bound morphemes put together to create new, longer words.

Many prefixes and suffixes are derivational morphemes. They are used to form different words in English. At a very simple level, ‘happy’ and ‘unhappy’ have different meanings, the function here of ‘un-‘ being to express converse meaning. They also serve to change word classes: for example, the bound morpheme ‘er’ can change many verb forms to noun forms (‘swim’ – ‘swimmer’).

From the perspective of teaching learners to read and spell, is it worth entering the territory of morphology to teach how affixes are structured? As you’ve probably guessed – otherwise why would I be writing this post? – the endeavour is well worth the trouble. Through the medium of bound morphemes, learners can learn a huge amount about decoding, about meaning and about derivation, all of which are interrelated and bound up together.

Let’s take but a simple example. When I was a boy, like many children of a certain age, I was fascinated by the world in the past and, as part of that, I was particularly interested in dinosaurs. One that especially captivated me was the archaeopteryx. This creature, looking to all intents and purposes like a bird, also had teeth, which was why it looked so odd in the representations of it I had in my encyclopaedia.

‘Archaeo-‘ is a prefix, or in the jargon of the trade, a word-combining element, derived from Greek ‘arche’, meaning ‘beginning, origin’. ‘Ptero’ is also a word-combining element, derived from Greek ‘ptero(n)’, meaning ‘feather, wing’. By putting the two together, you get something like ‘origin of the wing/feather’, or in other words, an ancient bird, one of the first examples of a bird-like creature. At the same time, from an intellectual point of view, we have taught two useful prefixes and their meanings enabling learners to combine them with other words: ‘archaeology’, or ‘pterodactyl’, for example.

At the same time as providing us with meaning, these prefixes can be analysed systemically to reveal how they work in regard to sounds and spellings. Taking ‘archaeo’ to begin with, we have a three-syllable prefix: /ar/ | /k/ /ee/ | /o/: ‘ar’, ‘kee’, ‘o’. For KS2, 3 and 4 pupils, being introduced to the idea that the spelling < ch > represents the sound /k/ and the spelling < ae > represents the sound /ee/ in words derived from Greek is knowledge that can be generalised across the whole domain of reading and writing. You only have to bring to mind words like ‘mechanic’, ‘chemist’, and then ‘aeon’, ‘aesthetic’ to see the usefulness of paying some attention to this kind of knowledge.

This afternoon, I gave my fourteen-year-old pupil a sheet from the information pack sent out by the BBC to supplement ‘The Hunt’. The reading is by no means easy and we had lots of worthwhile discussion about how finely connected is the web of biodiversity on the African plains.

He read words like ‘herbivore’ and ‘carnivore’ with aplomb and I was able to elicit that ‘carne’, from the Latin, means ‘meat’ or ‘flesh’ and that ‘herb(a)’ is derived from Latin for ‘plant’, ‘weed’, or ‘flowering plant’. What he wasn’t sure about was the ‘-vore’ element. He guessed, correctly, ‘eat’ and I was able to confirm that ‘vore’ does indeed derive from ‘vorare’ meaning ‘to swallow, eat up’, hence ‘devour’ and ‘voracious’ in English.

Nevertheless, and the point needs to be made, none of this could be achieved unless he could decode: thus /h/ /er/ | /b/ /i/ | /v/ /ore/. Only by saying or sub-vocalising the sounds to build syllables and then combining the syllables to create meaningful words can we then begin to talk about the meaningful semantic and grammatical elements that combine together to form the word.

For this boy, the mental effort of decoding complex text, often containing sound-spelling correspondences that are infrequently encountered, meant that having read and discussed three or four paragraphs of the text in question at length, we had to go back and re-read to improve the boy’s fluency and enable an integrated understanding of the text as a whole.

2 thoughts on “The Hunt for word-combining elements”