Skip to content
Ever since the Phonics Screening Check was introduced, an argument has raged around the introduction of non-words as a means by which to test the literacy of children in Y1 (aged five to six years).
Sounds-Write has been using non-words in an activity/game called Nonsense Word Sound Swap for many years. The activity involves asking a pupil to read a nonsense word by saying the sounds in the word, in other words segmenting the sounds, and then reading the word, blending the sounds. The pupil is then asked to change the word to another word and this move involves changing a single sound. Having accomplished this, the pupil again segments the word and then blends the sounds to form the new word. Here is an example: grop -> glop -> gop -> op -> nop -> snop. [Of course, the non-words must contain sounds that go together in English.] 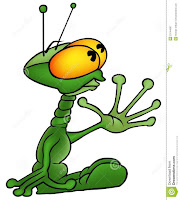 The activity provides terrific practice in the skills of segmenting and phoneme manipulation, both of which correlate very highly to learning to read. Notice too that the aim here is NOT to teach non-words to children but to improve their skills. Because many teachers have never had any proper training, they often don’t know the difference and seem to believe that they should be teaching lots of non-words. This is crazy! If pupils have learned sound-spelling correspondences and they have learned the skills of segmenting, blending and phoneme manipulation to mastery level, they can read any non-word anyway.
Sounds-Write has been showing teachers how to teach this activity for at least eleven years before the PSC was even a glimmer in Michael Gove’s eye and there are very good reasons why the activity is useful.
First and most importantly, the pupil has never seen these words before and therefore can’t rely on having already read them. This means that the pupil has to use the skills of segmenting and blending, neither of which are taught particularly robustly in Letters and Sounds. And, as an added bonus, the activity also recycles sound-spelling correspondences.
Second, the activity prepares pupil in the early stages of learning to read to cope with the fact that many spellings in English represent more than one sound.  For example < ea > can be /ee/ in ‘seat’, /e/ in ‘head’ and /ae/ in ‘steak’. Thus, if a pupil reads the sentence, ‘Last night I had a tasty steak’ and reads the word ‘steak’ as ‘steek’ or as ‘stek’, they can instantly substitute either of these with the sound /ae/ and arrive at ‘steak’. Of course, they will have had to have already been taught that < ea > can be /ee/, /e/ and/or /ae/ in the first place.
Another reason for using this game is that it prepares pupils for reading nonsense syllables in long, unfamiliar polysyllabic words. For example, in the word ‘petrochemical’, the syllables ‘pe’, ‘tro’, ‘che’ ‘mi’, ‘cal’ are all, as separate entities, nonsense syllables. My point is that, if we are going to provide pupils with the tools to be able to decode and encode any word, no matter how long and complex, we need to teach them how polysyllabic words are structured and how to decode and encode all the way through the word.
Finally, the use of non-words in the way outlined above encourages pupils to decode all the way through a word from start to finish without trying to guess and this prepares them for reading real words that they have never come across before.
Thanks to Pixabay.com for images.

2 thoughts on “The whys and hows of using non-words.”