Skip to content
This morning, I’m posting a reply I made to this post on Read Oxford. It’s by Anne Castles, a professor at Macquarie University in Australia and it’s yet another egregious 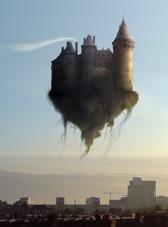 example of how professors responsible for teaching teachers how to teach literacy come unstuck: they are so rooted in graphemic phonics approaches, they can’t see that we need to teach from sound to print and not from print to sound. You’ll probably need to read the post before you read the reply.

7 thoughts on “Castles in the air”