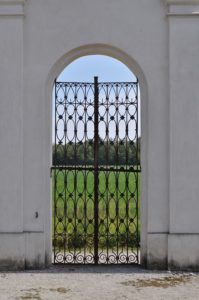 I’ve been thinking quite a bit recently about Glynis Cousin’s short introduction to ‘threshold concepts’, an idea developed by Erik Meyer and Ray Land and, although I have reservations about some of the things she argues, I find her central theme quite helpful. She describes a threshold concept as one that is ‘central to the mastery of [one’s] subject’ and has ‘distinctive value … for curriculum design’ and her contention is that a ‘focus on threshold concepts enables teachers to make refined decisions about what is fundamental to a grasp of the subject they are teaching’.

However, as Cousins points out later in the introduction, knowing what the focus is can be problematical when teachers often have some difficulty in ‘retracing the journey back to their own days of “innocence”’, especially ‘when understanding of threshold concepts escaped them in the early stages of their own learning’. In regard to learning to read, ‘days of innocence’ refers to that nebulous period of our childhood about which we can remember very little. How did we learn to read? Was it one of our parents who taught us, a teacher, an older sibling, an auntie Betty? Or was it a concatenation of a variety of influences?

Given the parlous state of initial teacher training in the domain of beginning reading instruction, it’s highly likely that – even though they may be teaching phonics on a daily basis –  many teachers have never been taught how the alphabet code they are teaching is structured. So, let’s start with that.

The threshold concept or first and overarching principle in the domain of teaching children (or older students) how to read and write is that the symbols we refer to as letters, combinations of letters or spellings are representations of sounds in our speech. The printed word is, as Diane McGuinness would have it, ‘oral language written down’. This is what all writing systems were invented for and, as the psychologist Mark Seidenberg has argued in his book Language at the Speed of Sight, we need to go back to this fundamental principle and teach reading and writing as they were designed to be taught.

In countries, such as Spain, Italy and Germany, this idea is uncontroversial because it is starkly obvious: sounds and spellings are pretty much mutually implied. That is to say that there is, mostly, one way of spelling a sound and most sounds are spelt with single-letter spellings. This makes the writing system in these languages very easy to learn. English, on the other hand, is more complex – very much more complex. As I’ve stated a number of times on this blog, there are between 22 and 24 sounds in Spanish, depending on accent, and somewhere around the mid-thirties ways of spelling those sounds. In English, on the other hand, there are forty-four sounds, or forty-five sounds for Scottish and Liverpudlian speakers of English. This fact in itself wouldn’t be a problem in teaching it; the problem is that there are multiple ways of spellings those sounds.

That’s quite a bit of complexity that isn’t evident in other alphabetic languages and many children will not work out these complexities for themselves. In fact, although many children will be able to spell the sound /sh/ in ‘brush’ quite easily, they will probably not have realised explicitly that the sound /sh/ is spelt with two letters and that this idea generalises across the whole domain of reading and writing. In fact, the concept applies equally to the two-letter spelling < ps > in psychology, where the spelling < ps > represents the sound /s/, as well as to the spelling < pt > in the word ‘pterodactyl’, where < pt > represents the sound /t/.

The idea that we can spell sounds with one, two, three or four letters releases us at a stroke from the hocus pocus of ‘silent’ letters, from teaching children that letters ‘make’ other letters ‘say’ and ‘do’ things; it releases us from the notion of ‘hard’ sounds and ‘soft’ sounds and from a confection of inventions designed to ‘explain’ what is, in essence, a beautifully simple principle: that we can spell sound with one, two, three or four letters.

The next idea is the one-to-many principle: sounds can be spelt in different ways. This is the hard bit. It’s why it’s virtually impossible to become a perfect speller in English – because if you have never come across a word containing a highly infrequent spelling of a sound, you probably wouldn’t be able to guess how to spell it. Moreover, for beginning readers, it is hard work learning the common spellings for the sounds in English. You only have to look at the different ways of spelling the sound /ee/ to see that this is the case: she, meet, seat, happy, key, brief, taxi, amoeba, conceit. There’s a lot to learn – around 175 common spellings for the forty-four or so sounds – and, for that reason alone, it takes time!

The last concept (and this isn’t a hierarchy) is that many spellings represent more than one sound. So, the spelling < o > can be /o/ in ‘hot’, /oe/ in ‘no’, /oo/ in ‘to’ and /u/ in ‘son’. As a symbol, the < o > could also be a ball, a moon, a sun, a pizza, etc. Many teachers believe that this must be a difficult concept to teach. In fact, I know of several university professors who seemingly find it impossible to get their heads around it. For example, if you draw a circle and ask (even) a young child of four what it can be, they’ll be able to give you all sorts of possibilities: a moon, a sun, a ball, an orange…

None of these concepts is difficult to understand but they are central to understanding how the sounds of the language and the writing system are connected. They should provide the conceptual framework for any phonics programme in which code knowledge (which spellings represent the sounds) and the skills of segmenting, blending and phoneme manipulation need to be taught.

The complexity of the above may appear to be counter-intuitive: a few years ago, Daisy Christodoulou gave a very interesting talk in which she purposely cited the example of teaching reading. In her talk, she made the point that ‘literacy is the endpoint of education, but that this doesn’t mean that pupils will be practising this skill in its final format.’ To paraphrase Feltovich, Prietula and K. Anders Ericsson in their essay ‘Studies of Expertise from Psychological Perspectives’, expert readers look at the endpoint of literacy – automaticity, speed, understanding – and believe that this is where novice readers begin. However, expertise in reading and writing is a long-term process. What Christodoulou argues is that ‘as in many other skilled behaviours, the final product needs to be broken down into its ‘component parts and … lessons may look very different from the final skill a teacher is hoping to instil’.

What’s the message? Ground the teaching of literacy in the sounds of the language, which all L1 speakers learn naturally. Teach children the code knowledge and the skills they need to use that knowledge, and, especially, make explicit to them the elements of conceptual understanding which are transferable across the whole domain of reading and writing.