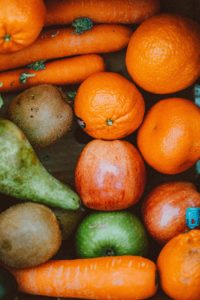 Making the decision whether to teach phonics ‘whole-class’ or in small groups can be a difficult one but, in this post, I want to make the case for whole-class teaching.

It’s pretty obvious that if you’re a teacher of a class combining different years, you will almost certainly want to ‘set’ them and, in this circumstance, I would set them according to year. However, many teachers want to set children in homogeneous ‘year’ classes according to what they see as ‘ability’, in which case what I’d like to know is by what criteria are the different ability groups differentiated?

When children arrive at school, they have to undergo certain baseline tests. The problem with such tests is that they have nothing to do with a child’s ability to acquire the skills vital to learning to read and write of segmenting, blending and phoneme manipulation. Neither has a test of children’s knowledge of letter names, an irrelevance as far as teaching SSP is concerned.

These things aside, my principal objection to grouping children into ability groups, especially in the early years, is that the groups designated as ‘lower’ start to fall behind very quickly and they rarely catch up. This is partly as a result of teacher bias – there is considerable evidence to suggest that once a child has been deemed to be of lower ability, teachers find it hard not to have lower expectations. It is also partly because children are extremely sensitive to hierarchies and when consigned, as they see it, to a lower group they begin to regard themselves as not being as able to learn and as not being as successful learners as others in ‘higher’ groups.

If we accept the research evidence which tells us how unreliable teachers’ assessments are, my question would be: Why would a child be placed in a higher/intermediate/lower set or group when the only empirical data on which the criteria are based are those which have no relevance to SSP, letter names being but one example.

All children arrive in school with different skills, amounts of vocabulary and exposure to print, as well as different levels of oracy. For example, some children will have developed their fine motor coordination through lots of cutting, pasting, drawing, painting and so forth; many will have been exposed to and had huge amounts of practice with spoken language; many, too, will have had a number of (probably) different people trying to teach them about print; some children will arrive in school never having seen in their own home a book, a newspaper or a magazine.  Very few of any of these children will have received the kind of tuition in learning to read and write we advocate through systematic, synthetic phonics teaching.

Taking the last first, children who arrive in school knowing relatively nothing about the English writing system are, in many ways, the easiest children to teach. From the start, they can be taught that the common words they use every day can be broken down into separate sounds and that those same sounds have spellings or written symbols which we use to represent them.

As teachers of phonics, our aim is to teach children to read and write. We start with simple, one-to-one sound-spelling correspondences and progress slowly and steadily and spirally towards the greater complexities of teaching the alphabet code until they can read and write the most complex polysyllabic words. If progress is measured and we take time to teach the fundamentals, leaving space for large amounts of practice, we, at Sounds-Write, believe that, with the exception of a tiny percentage of children with very special needs, we can teach all children to read and write in a whole-class setting. Moreover, a knowledgeable and skilled teacher will be able to use the differing strengths of all children in a whole class setting to the advantage of all.

Photo by Lisa Fotios from Pexelst, to whom many thanks.